Over the years, film and television adaptations of novels have become more and more common in our media. For us book lovers, that can be our greatest wish fulfilled or our greatest disappointment. Sometimes the adaptation can be reflective of the novel with love or another entity entirely. These are my top ten:

1. The Spook Who Sat By The Door by Sam Greenlee

Controversial. That is the best word to describe this story. That word followed it when the novel was published and again when the movie was made. The story takes place during the 1960s-1970s and sheds the light on the harsh realities of racism, violence and oppression that African Americasn were subjected to in the United States and the character Freeman’s resolution to this. The film is highly relevant and addresses powerful social issues of the time that are still present today. While Greenlee’s novel is powerful in it’s own right, the film adaptation does serve to be a worthy representation of Greenlee’s vision and is seen as a significant film in history.

The post apocalyptic world theme seems to be taking off lately, and Divergent is no exception with perspective of a futuristic America. Following a long line of successful teen novel series to be adapted, Divergent succeeded where others failed. It brought action, emotion, strong characters and an inspired plot to life for the world to see. The film while better than previous adaptation attempts has only touched the tip of the iceberg. This viewer cannot wait to watch the series grow!

3. Tomorrow When The War Began by John Marsden

Amazing. This film adaptation succeeds expectations. The pace of the film begins normally and is innocent enough until the “war” is thrust upon this group of five Australian teenagers jumpstarting the action and story. Inspired by the successful novel series, this film is an underrated treasure. Fans are still awaiting the release of a sequel to see their favorite characters back in action fighting the oppressive powers and exploring our humanity in the most dangerous times.

5. We Need to Talk about Kevin by Lionel Shriver

Haunting. There isn’t a better way to sum up the novel or the film. It will make you question everything and take a deeper look into the people that you would rather label as weird or freaks or crazy or evil. It makes you wonder if maybe that responsibility doesn’t rest on just their shoulders. The film was able to capture that essence and translate, if not magnify the effect on screen. Not one to be missed.

I hate to use the word again but this story is truly haunting. It stays with you long after closing of the novel or the credits rolling. The novel and film follow each other pretty closely and succeed in their storytelling equally. However, for this viewer I’d have to say that it is the final line in the film that our hero speaks to the doctor that gives it that extra boost. The line sums up the journey perfectly. Normally I don’t like that level of uncertainty as the end of a story but for this character I think that it was the only way to end.

It is all about second chances. Of the two I’d have to say that I prefer the film. I think that it does a better job of carrying out that message while the novel’s perspective on the relationship between our heroine and husband highlights the change in her character more. The experience is transformative and really makes you appreciate the things in life that you sometimes take for granted. 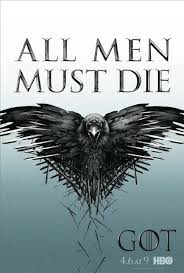 Wow. This novel and television series are so powerful that it only makes sense that this world was created for us on screen. Both share their imagination, compelling characters, action, secrets and more and function well when compared and standing alone. Martin gave us a realistic world that we can lose ourselves in for an hour or in a novel so well imagined that we feel transported there every time.

Different. These two series are so unlike that it is difficult to compare them. The novels and television adaptation share the majority of the central characters but not all. And the story lines are mostly contrasted when compared but stand alone the manifestations of the story are both enjoyable. The television adaptation brings the characters to life and creates constant obstacles for our characters and is this viewer’s personal favorite but check out the candidates yourself!

Honest. This memoir turned show is what the world was missing. The honesty and struggle of our heroine is so relatable and endearing, we can all see parts of ourselves in Rae. Don’t miss this treat. Trust me you won’t regret it!